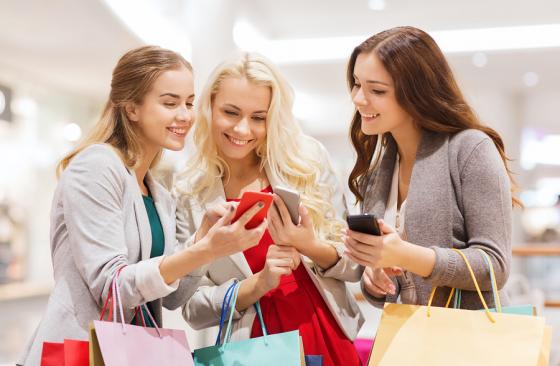 While many marketing efforts currently concern themselves with attracting millennials, there’s a whole other generation right behind them that retailers should begin thinking about: Gen-Z. Categorized as the generation born between 1995 and 2005, Gen-Z is becoming a powerful force in the retail world, and it’s important for the future of today’s businesses that they pay attention to what shoppers ages 14-24 look for in a retail experience. The answer, surprisingly, is brick-and-mortar stores.

While millennials and Gen X-ers have helped push online retailers like Amazon to the powerhouses they are today, the next generation is beginning to have a very different relationship with online shopping, and a number of them have stated that they prefer the in-store shopping experience. A survey by A.T. Kearney shows that an overwhelming 81 percent of Gen-Z consumers would rather do their shopping in actual brick-and-mortar stores than they would online. This is partly due to the generation’s lukewarm feelings about social media: almost 30 percent of survey respondents say they would “very much” like to spend less time in the digital world. They also stated that they use shopping at stores as a way to disconnect for a while.

A recent survey by ICSC showed similar findings: Gen-Z shoppers ages 13-19 were asked about their shopping behaviors, and 84 percent reported that they primarily shop at brick-and-mortar stores for health and personal-care products, while 77 percent said they did so for apparel and footwear.
While this is good news for brick-and-mortar stores and the commercial real estate firms who build them, retailers shouldn’t abandon social media advertising efforts or e-commerce platforms- online shopping is still a massive part of today’s retail landscape.

The bottom line is that the next generation of consumers likes the brick-and-mortar experience, which means that retail stores as we know them are not likely going anywhere. For a real estate developer or anyone who is affiliated with a commercial real estate firm in Denver, these findings may help shape the direction in which they wish to proceed in years to come. Since online retail has become such big business, civil engineering firm and those involved with commercial real estate may find themselves uncertain how to proceed in terms of development. These fascinating studies help to shed some light on the future of commercial real estate.

3 Examples of Big Brands Teaming Up to Dominate Shopping

There’s the old adage about joining ‘em if you can’t beat ‘em, and in today’s…

Earlier this year, the U.S. Army Corps of Engineers and the Environmental Protection Agency (EPA)…